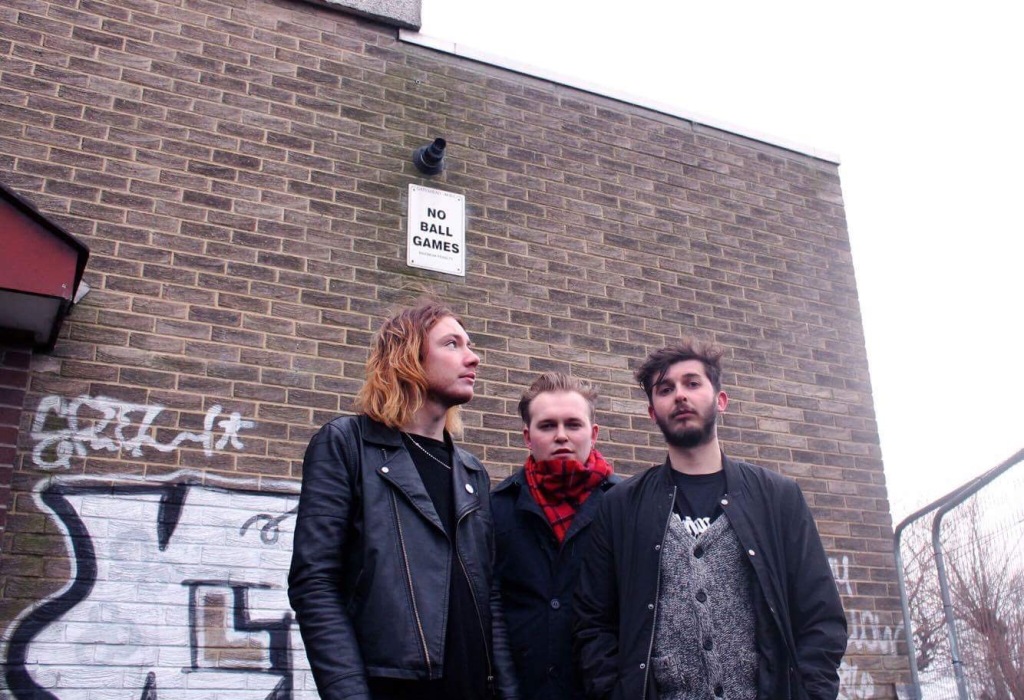 “We played the last song, there’s a little break in it and Conor basically took his drum kit apart and gave it to different people in the crowd, so we had this huge riff at the end where the audience were playing it as much as we were playing it. Ollie ended up throwing his guitar across the room, I put my bass down and everybody was just grabbing and hugging us.” Casual Threats’ Bazz recalls the moment the band unanimously agree is the moment that they felt that, in their own personal way, they’d made it. They describe the venue as being packed full, with people that they didn’t even realise had been there approaching them telling them how much they enjoyed the gig weeks later. That same gig received a bad review for being “too full”, but when you’re dealing with a band that commands the sheer amount of energy that Casual Threats does, a huge crowd is not a problem, it’s a party.

The post-punk trio is based in Newcastle, and consists of Ollie, Conor and Bazz. It has been hailed in reviews and blogs as everything from “explosive and political” to “Punk DIY anarchy that will get you moving”, and after seeing them perform live, it’s easy to see why. Their album launch at Head of Steam underground in 2016 was electric, an explosion of sweat, music and adrenaline that left you wandering out of the building, covered in glitter with no idea how or why, but enjoying it all the same. This seems to be a common trend in their gigs, and the band easily recount memories of jumping around the room, throwing T-shirts and/or guitars and generally having the best time, which is why they stand out so far from the other go it alone, DIY bands popping up all around the north east. It’s clearly more than just their talent. Their presence on stage is radioactive, and as well as being unafraid to mix with the crowd and get fully into it, it’s obvious that they love what they’re doing, which in turn allows the audience to love them.

In addition to Head of Steam, the band have brought their energy and sound to countless venues across Newcastle, and are vital players in the fringe music scene here. Ollie didn’t have to think twice about his favourite venue in the city, which turned out to be The Cumberland Arms, in Ouseburn, based loosely and light-heartedly on the fact that there’s “lots of room to run around”. You only need to spend a few hours with the band to understand that they don’t take themselves too seriously, and as full-on and hyperactive as they are on stage, they are equally as laid-back and approachable off stage. They have a clear respect for music of all styles, and for the other artists based in the north east, without the bitterness that sometimes comes as a result of competing directly in a concentrated area. Bazz discusses the scene in Newcastle at the minute, and explains that “everybody’s coming at it from different angles”. The band agree that there are some really good bands out in the North East at the minute, who are producing kind of mainstream Indie sound, and who are doing really well, whereas Casual Threats prefer themselves to dip in and out of that scene, straddling the border of guitar based, catchy choruses and traditional, anarchic post punk.

When speaking about the Newcastle music scene, Conor admits that it’s proved itself “a hell of a lot better than I thought it would, or could be”, and whereas we don’t have the legacy that Manchester or B-Town Birmingham have created, we do have a huge wealth of talented, original artists with a lot to say, Casual Threats clearly being one of them. With an upcoming tour, a plethora of gigs around the north east in the coming months, and time booked in the studio, it seems crazy that as a band, they still consider themselves to be outsiders of the scene. However, if that’s what it takes to maintain the originality that they demonstrate, then it’s a blessing, and one that they seem to understand. Without even a hint of resentment, they confirm that “We haven’t quite cracked it, but I don’t think we really want to”, and nobody can argue with that.

And find out more here…