As ‘Nevermind’ celebrates its 26th anniversary since its release in September 1991, it is important to recognise what this sophomore record created in it’s wake. Culturally, it decimated the stereotypes and youthful segregation between underground and ‘normal’, and pronounced the end to the baby-boomer era. The frontman was always highly visible, but was so withdrawn and disinterested in facilitating the media and publics needs.

Prior to Nirvana and more importantly Kurt Cobain, subculture and those associated with alternative genres were somewhat persecuted and ridiculed by those considered at the time ‘normal’. This was a common practice amongst the states in America and this sort of demonisation was evident in the 60’s with the mods and rockers. Cobain oscillated between enjoying and detesting the public limelight and the intense scrutiny that follows. For many reasons, Kurt has remained a cultural icon and to some extent the chosen mascot of the punk-grunge era of the nineties.

‘Smells Like Teen Spirit’ was never intended to announce Nirvana on the world stage, it was the honest voice that personified disillusioned teenagers and Cobain was the one chosen to deliver it and bear the brunt of it all. It helped voiced the frustrations felt by that particular generation. This is something that set Nirvana apart from the usual, generic American rock group. Many of Cobain’s lyric dealt with male helplessness, depression and alienation. With male depression and suicide numbers rising in the UK over the last 15 years, these lyrics are more relevant than ever. Only now are 21st century accepting these are real issues that could be and probably are affecting people we know and see everyday, issues that have been there for all to see for decades. Imagine how revolutionary and extraordinary it was hearing these subjective songs in 1991.

It is well documented that Cobain endured a difficult childhood, with parents divorcing and finding himself transferring between different houses in his teenage years. Remarkably Cobain was determined to carve out a role for himself in the world. Cobain never shied away from mocking the old-school sexism in rock particularly towards women and gays. Rather than follow the stereotypical generic lyrics of a rock band back in the 1980’s and 1990’s, Cobain instead vaunted outspoken actress Frances Farmer, a Seattle local who battled mental illness and alcoholism. After learning her story, Cobain was incensed after finding out about persecution Farmer had suffered due to her outspoken views on film production companies. 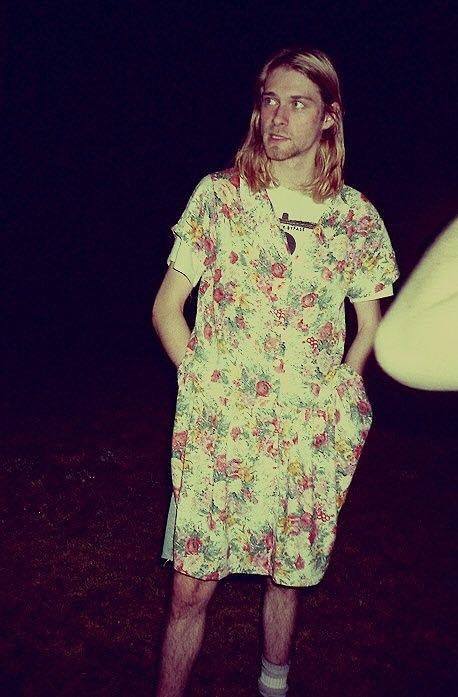 Kurt was also one of the first globally recognised stars to appear on the cover of the LGBT magazine The Advocate. Cobain often wore clothing associated with females while performing, painted his fingernails and kisses bandmate Krist Novoselic freely during photo shoots and interviews, usually irritating homophobes in the U.S.

Like most cases, the media take a vice hold grip on anything that can offer stories and drama. Unfortunately, this media ‘romance’ with Cobain has turned him into a commercial goldmine. Amazon currently sell 18 books narrating his life or investigating the possible scenarios which led his death. ‘Montage of Heck’ was recently produced by Brett Morgan in 2015 with Courtney Love consenting that the production team look through personal belongings of Kurt’s.  The controversial, grieving widow Courtney Love and former Nirvana bandmates have battling for financial control of the band’s work. The harrowing truth is that Cobain, Elvis and Amy Winehouse are worth more dead than alive. 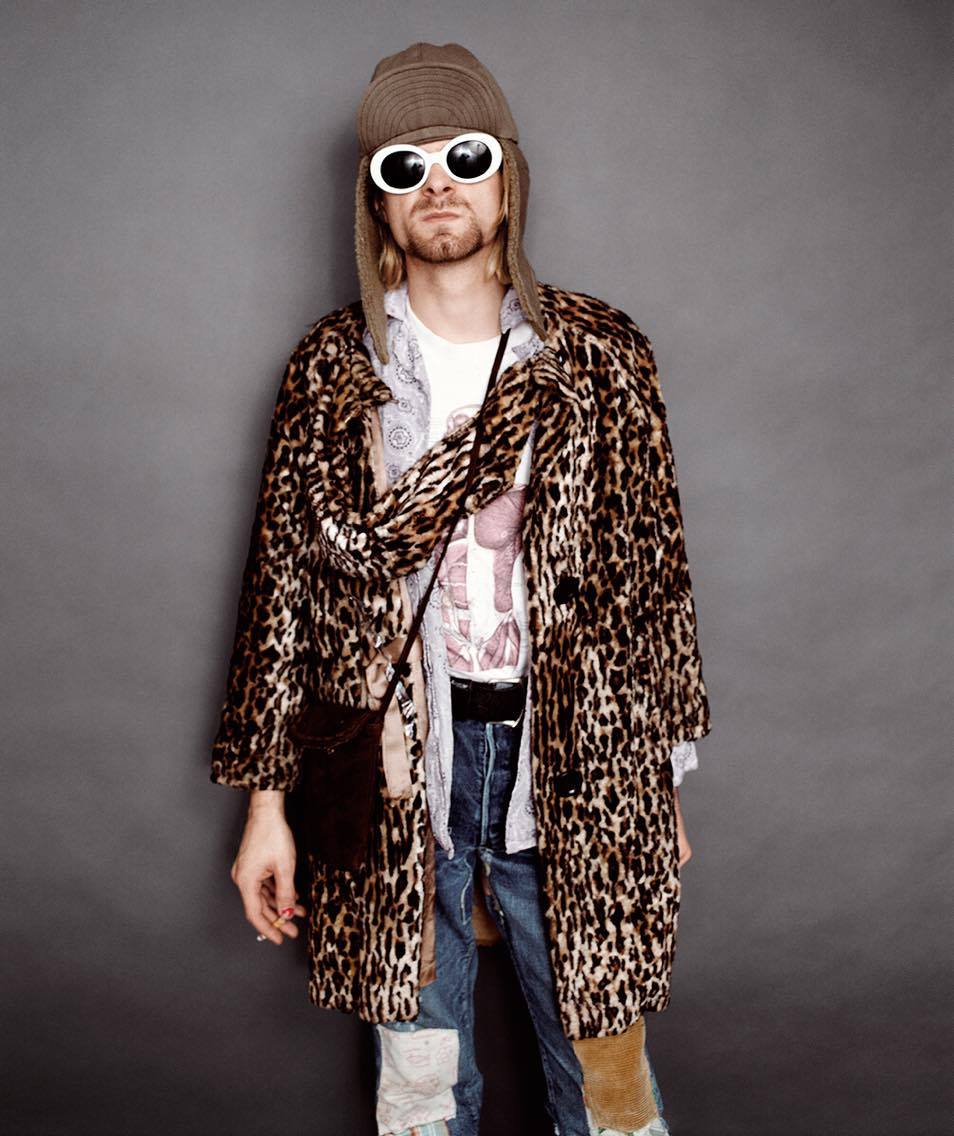