When (What’s the Story) Morning Glory? was released in the autumn of 1995, Oasis were still battling away to secure themselves as the best band in Britain, nevermind the world. Yes, 1994 debut album Definitely Maybe had rocketed straight to No. 1 on the UK albums chart and managed to sell several million copies worldwide. However, Oasis could no longer claim the title of biggest rock band in the land. “Roll With It,” the first single to be released from Morning Glory, was released August 14, 1995. The very same day as “Country House” by bitter rivals, Blur. 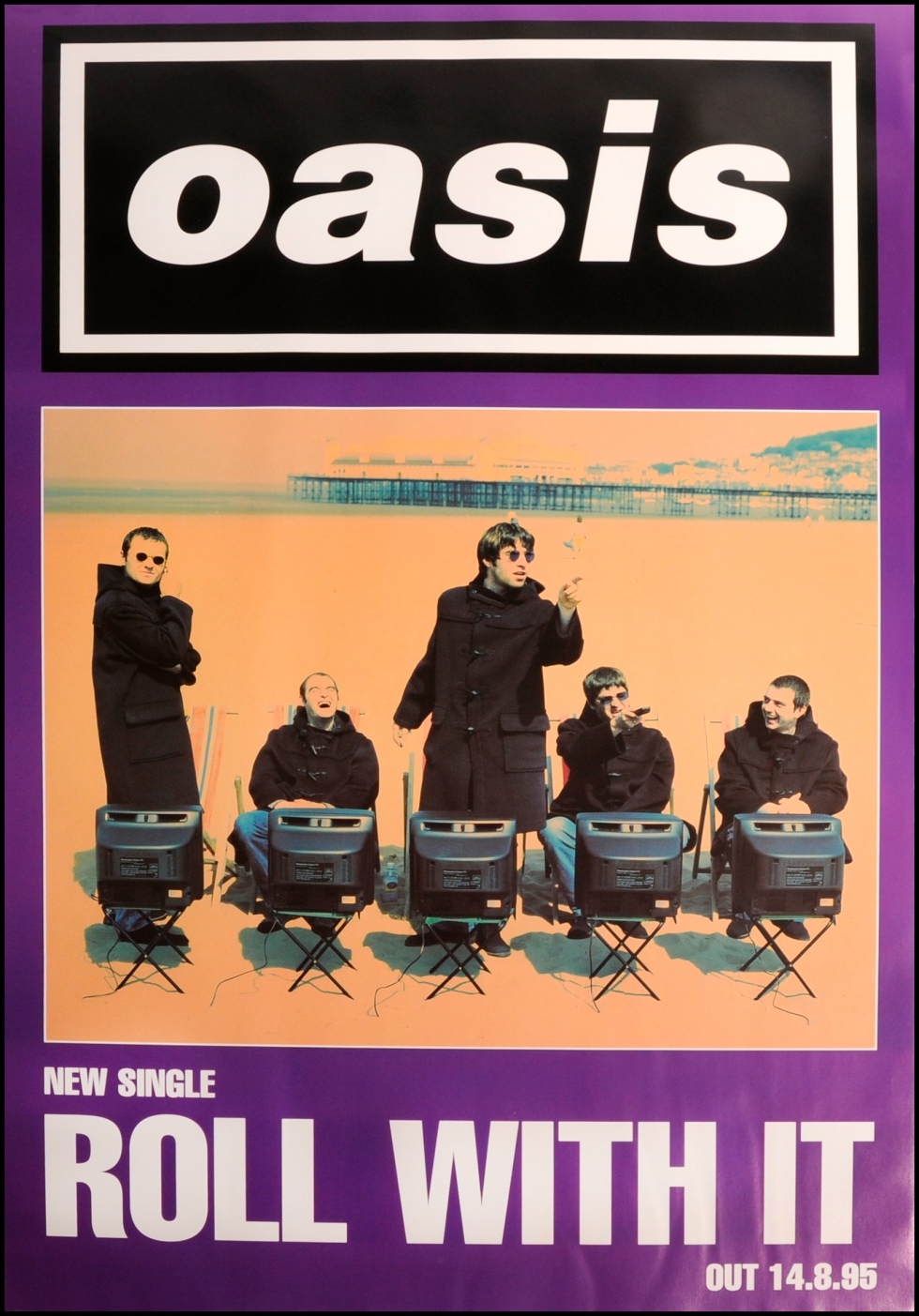 As usual, the British press spent a year following and colluding between the two bands, which inevitably exploded when Noel Gallagher declared that lead singer from Blur Damon Albarn and fellow bandmate Alex James “should catch AIDS and die”. A nadir for the battle between the two bands, which saw Oasis limping away that week as “Country House” outsold “Roll With It” by more than 50,000 copies to clinch the No.1 spot.

In retrospect, it was a masterstroke from Oasis. Willing to strike first in the battle of Britpop. Oasis knew that it was only going to be a matter of time before they blew every other band out of the water. (What’s the Story) Morning Glory? would go on to sell twice as many copies than Blur’s The Great Escape and went on to become the unofficial soundtrack to England’s changing political landscape. It also significantly marked a once elusive achievement for the band. Authentic, American success. The album reached number 4 on the Billboard charts and sold over 3.5 million copies in the US. For all the two-fingered salutes that were usually captured in the morning papers, Oasis brought with them a glamorous image that appealed to those stateside.

Arriving at the midpoint of the 1990’s and representing the peak of Britpop, (What’s the Story) Morning Glory? was and always will be Oasis’ pinnacle. Definitely Maybe represented what was a rebellious, filled with angst and attitude outcry. It projected decadent dreams of the working-class British youths who were out of a job, disinterested and bored. Morning Glory took all of that attitude, the great songwriting and placed into an intimidating, towering wall of blissful rock n’ roll. However, the real triumph of Morning Glory is not the tracks that are littered in every ‘Spotify: Britpop’ playlist, but the exceptional album tracks such “Hey Now” or arguably the greatest ever Oasis single “Cast No Shadow”. These tracks were never given a shot at chart supremacy, making them a blessing in disguise as they haven’t been subjected to countless plays on the jukebox. Leaving them just as special and delicate as the day the album was released.

What is most intriguing about listening to Morning Glory today, is that even though the band was at the height of their powers, Oasis seemed to be bracing themselves for their own eventual downfall. A tone that is recognisably darker and more self-reflective than council estate escapism of Definitely Maybe. The trepidation of “it’s never gonna be the same” rings out true 26 years later from their debut album. The final track of “Champagne Supernova” is where Oasis already sound nostalgic, looking back on their early days in the Boardwalk, Manchester. Then there is the ingenious and bizarre metaphor use that Noel Gallagher incorporates in “Champagne Supernova” with “slowly walking down the hall, faster than a cannonball”. Noel comes across as the more reasonable and personable brother in mega track “Don’t Look Back in Anger”.

George Harrison released Wonderwall Music in 1968; 27 years later, Oasis would incorporate the title and apply it to their most universal anthem. What’s the Story (Morning Glory) placed Oasis at the top of the mountain where they would endure turbulent road until their demise in 2008. In the fading moments of “Champagne Supernova”, Liam rings out “where were you while we were getting high?”, suggesting that the good times had already passed. As Oasis found out the hard way, getting high won’t return them back to their pinnacle.