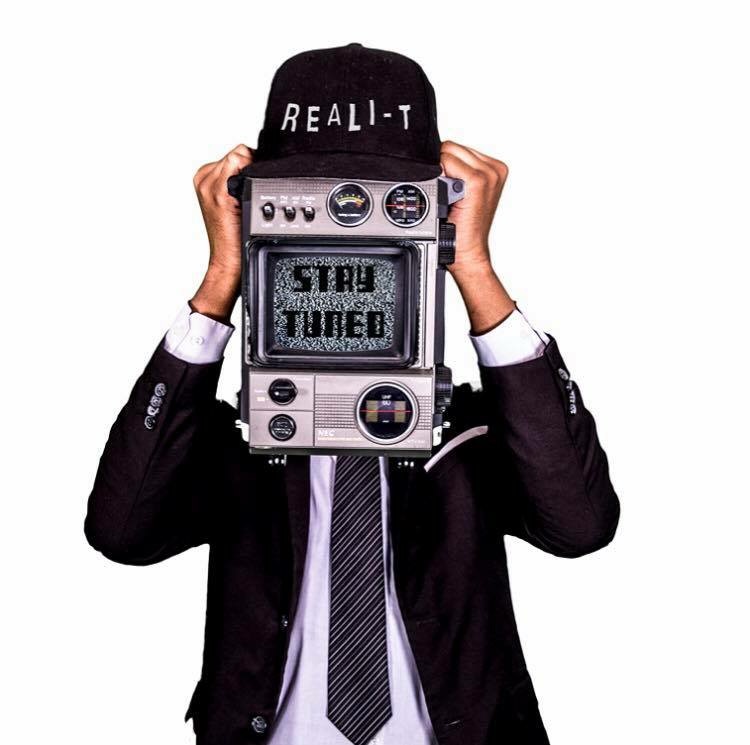 Originally from Hackney and representing Sunderland, 27-year-old rapper Reali-T has grinded to make himself a well-known name within the North East hip-hop scene.

After 2 mixtapes and a group album, Reali-T comes with his first solo effort Stay Tuned, a 12-track studio album with only one feature.

In a previous interview with RIDE Music, Reali-T said “once I hit that 3-0 man, if I’m not making anything from it or I’ve not gained considerable recognition. Basically if I’m still how I am now in 3 years time there’s no point for me personally.”

Meaning Stay Tuned may mark the beginning or the end of Reali-T’s musical career.

Stay Tuned showcase’s T’s ability to create tracks that provide a light hearted, humorous take on serious issues. The opening track, Black Guy in your Neighbourhood, as you might have guessed, tackles the issue of racism head on. The track makes you think about the casual racism that still exists within society but also it simultaneously makes you laugh…it’s a strange feeling.

Far from ‘consciousness rap’, Reali-T manages to find a happy medium between conscious and comedy. In short he’s not Kendrick and he’s not Lil’ Dicky…he’s sort of both.

Overall Stay Tuned does an amazing job at highlighting Reali-T’s best qualities that make him stand out among the North-East crowd. It’s clear that T has developed a style over time that defines him, a uniqueness.

His clear delivery and measured flow lends itself to both classic hip-hop beats and high tempo grime numbers; as his first single Smile For The Camera shows. If you’re looking for punchlines and precision, that’s exactly what Reali-T delivers on Stay Tuned.

Reali-T without question has an accessible sound and more importantly the ability that could allow him to transcend the humble North East hip-hop scene, but with a style that some may describe as ‘traditional’ rap, you have to question whether his sound will hold up in the increasingly experimental landscape of modern hip-hop.

Like A Baby was really inspired by how I think young people attain their self-esteem or lack thereof from social media. So, in each verse I refer to it (social media) and each verse has a sombre ending…’cause life ain’t a fairytail damn it! – Reali-T

For a Little Bit o’ Dough

Little Bit o’ Dough was initially meant to be a collab with Jister, with him and I both personifying money. He said “why don’t you pretend to BE money in the second verse.” Then eventually it ended up just being myself on the track because I believe he was working on his album at the time. – Reali-T

Stay Tuned will be available everywhere, Monday 5th of June.