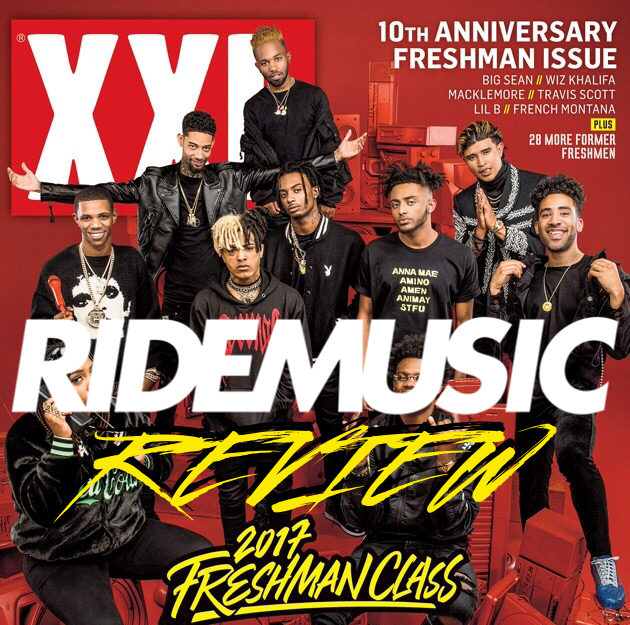 Last week saw the unveiling of hip-hop magazine XXL’s annual ‘Freshmen Class’, the 10 artists featured are tipped to be the next big things in the world of hip-hop. Of course, lists like this are never without controversy and the coveted XXL freshman list is no exception. So, let’s take an in-depth look at the 10 artists featured, the artists that were snubbed, and our thoughts on whether XXL got it right.

Kamaiyah
Top Track: Out The Bottle 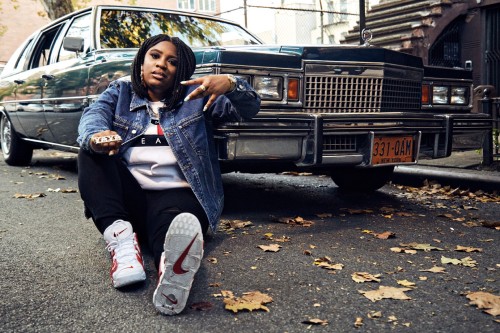 Representing for the women, 22-year-old Kamaiyah. You may have heard the Oakland native on YG’s “Why You Always Hatin’?” alongside Drake back in early 2016, but impressive features aren’t all Kamaiyah has to offer. You’ve got to think this young MC made it on to the list off the strength of her debut 2016 mixtape ‘A Good Night in the Ghetto’. A strong first effort, Kamaiyah combines old school sounding beats with catchy hooks resulting in a very satisfying listen, treading the line between old fashioned and modern hip-hop perfectly.

XXL got it right, Kamaiyah deserves to be on the list.

The XXL freshman list isn’t the only list A Boogie has found himself on in the last 12 months; his name could be found on the Frobes list of up and coming rappers, as well as Rolling Stone Magazine’s 40 Best Rap Albums of 2016 list (For TBA). A Boogie had one hell of a 2016. His debut mixtape ‘Artist’ resulted in the Bronx native signing a record deal with Atlantic Records and quickly releasing his first EP, titled ‘TBA’. If A Boogie keeps this momentum going, he’s sure to be one of 2017’s brightest stars by the end of the year.

XXL got it right, A Boogie deserves his spot.

Another artist signed to Atlantic Records, PnB Rock brings to the list a little more experience in the game than the previous two entries. The 25-year-old released his debut studio album ‘GTTM: Goin Thru the Motions’ early this year, resulting in his hit single ‘Selfish’ and a feature on The Fast and Furious 8 soundtrack with ‘Horses’ alongside Kodak Black (2016 Freshman) and A Boogie Wit Da Hoodie. Sporting a distinctly ‘new school’ trap sound, similar to that of Uzi and Yachty but with a much smoother vocal delivery, PnB is severely underrated when it comes to the discussion of top ‘new school’ hip-hop artists.

XXL got it right, PnB deserves his spot.

XXXtentacion
Top Track: Look at me!

This year’s fan voted entry and arguably the most well-known artist on this year’s list (for all the wrong reasons), XXXtentacion has become a living meme. His 2016 single ‘Look at me!’ blew up amongst accusations Drake “stole X’s flow” on his track ‘KMT’. Apart from that track, musically X’ hasn’t produced much worth note, with most of his music feeling a flurry of punches to your eardrums. A quite apt analogy given X’ seems to only make it into news if he’s being punched or punching someone else. Finally X’ was released from prison on bail in March after serving time for assaulting his pregnant girlfriend, amongst other charges, bringing into question why XXL would even like to be associated with this man.

XXL might have got it wrong here, but with him being included by popular vote, who are we to argue with the fans… 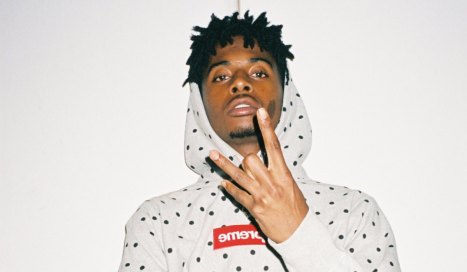 When you release your album on the same day as King Kendrick, there’s a chance you’ll be over shadowed. However the buzz Carti managed to create amongst his devoted fan based was commendable, making his self-titled mixtape one of the most hyped releases in hip-hop this year. Making it even harder to take when the 15 tracks we were given turned out pretty underwhelming. Two stand out tracks, ‘Magnolia’ and ‘wokeuplikethis*’ are beacons of hope in what was a mediocre first offering.

A strong fan base but sonically a lot of room for progression, Carti deserves to be on the list.

After breaking on to the scene in early 2016 with his platinum debut single ‘Uber Everywhere’, Madeintyo has been putting in work. Having released 2 mixtapes and an EP in 2016 ‘Tyo has proven he’s got the desire to go far in the rap game. However, with only 1 other notable track, ’Skateboard p’, ‘Tyo needs to make the most of his 2017 and continue to grind for another smash hit. 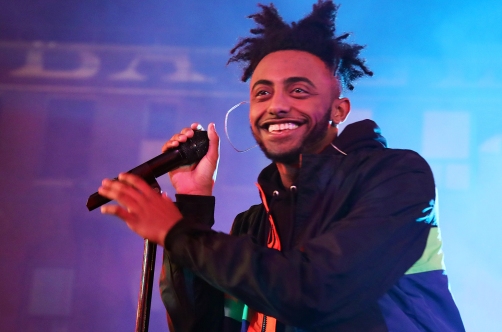 Amine lept on to the scene last year with his debut single ‘Caroline’, for a good month you couldn’t go anywhere without hearing that track. Following up with singles ‘Baba’ and ‘REDMERCEDES’, tracks that didn’t achieve as much mainstream success, Amine is still grinding hard. Fingers crossed we’ll see a studio album from the Portland born rapper in the next year or so to prevent him fading into obscurity.

Full of potential, Amine 100% deserves his spot on the list.

There’s not a lot to say about Ugly God…he literally has one track, ONE!

Ugly God needs to prove himself, one song isn’t good enough. He doesn’t deserve to be on this year’s list.

On the other side of the coin comes Mexican-American rapper Kap G. Dropping singles since 2012, mixtapes since 2014 and releasing his debut album ‘Supa Jefe’ in 2017, Kap G has put in work. ‘Supa Jefe’ is packed with big name features including Chris Brown, if Breezy thinks you’ve got something then you’ve probably got something… with a distinctly trap sound, it’s clear that Kap is proud of his Mexican heritage but leaves it well out of his music. Cypress Hill this is not.

With big competition in the ‘new school’ rapper category right now, Kap has to work out a way to get past new school kings like Uzi and Yachty. However, a XXL Freshman spot and numerous big names consigning your debut album isn’t a bad start.

Needless to say, Kap G deserves to be here. 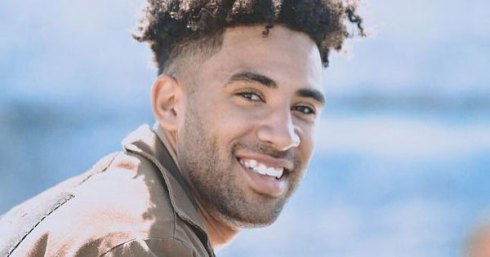 ‘I-Spy’ was great wasn’t it? You’d be forgiven if you hadn’t heard of Kyle before that single and if you didn’t know he’d been releasing mixtapes since 2010. After 7 years Kyle has finally got his break, with a lil help from Lil Yatchy, Kyle is now set up to bring his cheery hip-hop melodies to the masses.

We love Kyle, He deserves to be on the list. 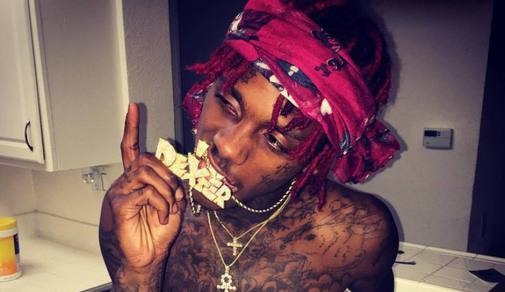 XXL’s editor-in-chief Vanessa Satten revealed in an interview with The Breakfast Club that fan favourite Famous Dex didn’t make the list due to footage surfacing of him assaulting his girlfriend. Which is fair enough…but as previously mentioned, XXXTentacion had just served time for a similar incident yet because this wasn’t caught on camera XXL was happy to put X’ on the list. A case of double standards, XXL made the right choice turning Dex away but should have in reality turned away X’ also. You’ve got to think X’ made it in because of such a massive fan push making XXL disregard his previous misdeeds.

Overall XXL only made two mistakes in our opinion, X’ and Ugly God. Joe Budden put it best when he said, “there aren’t many bars on this year’s list.” He’s not wrong, none of these artists are particularly good lyricists, a sign of the times perhaps? Or a clear bias towards the ‘new school’ sound from XXL. Who knows, at the end of the day 8/10 ain’t bad.