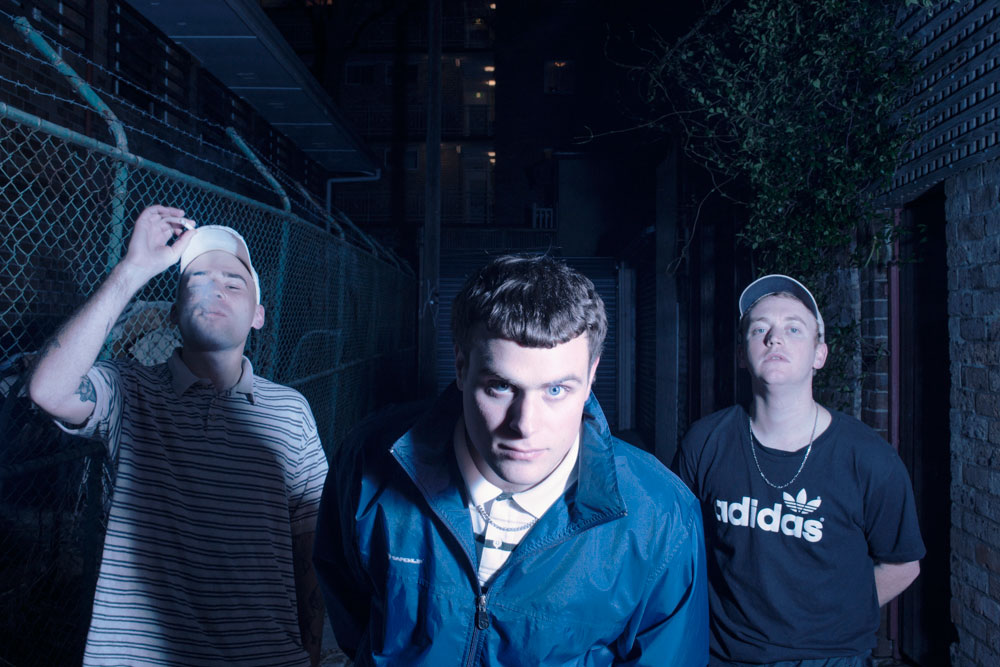 Hours before their sold out show at Riverside Newcastle, I find myself sat in the dressing room of the DMA’s with guitarist Johnny Took. Lying length ways on a couch, Johnny seems the most chilled out guy in the world right now. Offering me some of his snacks as I sit down ready for the interview, it’s clear Johnny isn’t fazed by the massive popularity his band have gained over the last year. Selling out shows both in Australia and the UK, as well as gaining millions of views online and a spot on the FIFA 17 soundtrack.

How’s the tour going so far?

It’s cool, it’s all been great actually, all the shows they’ve been rawkus. I do enjoy coming to the UK, the UK has been really great to us you know. We’ve been to here a few times before and we seem to go to a fair few of the regional cities, different places overtime, so it feels like the UK is coming together for us as a whole which is nice.

You played ‘Hit The North’ here in Newcastle back in April, how was that experience?

It was cool, it’s funny the O2 was actually the first venue we played in Newcastle, ever, the first time we came over here.

Is there a big difference between crowds in the UK and crowds back over in Australia?

Yeah, well it’s also different in Australia because when you play in Australia it’s normally like, there’s the 6 capital cities and it’s so big. So everyone will come to one gig say in Sydney or in Melbourne. But the UK is different because there’s so many different cities and they all have their little differences. They’re definitely like fuckin’ rowdy. We’re actually pretty surprised that we sold out here in Newcastle, I think it sold out in under a day or something. We thought you guys would have been sick of us by now.

There’s been a great reaction to your debut album ‘Hill’s End’, which track or tracks off the album are the most significant for you?

‘Step up the morphine’ is a pretty important one and I don’t know, there’s a bunch. ‘Timeless’ is pretty important as well, it was one of the first songs me and Mason wrote together, it was originally written on a banjo actually. It was like some western song and it ended up becoming what it is. I’ve got fond memories of lots of the songs on that album, because it’s your first record and they’ve came from a lot of different places.

Did you expect Hill’s End to hit the heights that it did?

I don’t know, ‘Aim for a future that doesn’t make sense’ you know, we’ve just went along with it.

When do you decide when a song/album is finished?

You can just feel it I guess. You’ll know if you listen to a song and there’s something that really fucking irks, it’ll stand out like dog’s balls. And it won’t feel right, you know it’s just the same for anyone when they listen to music. But then also it’s never going to be 100% right I think.

Is there anything that sticks out to you on ‘Hill’s End’ that you’d change?

Erm, yeah… I probably would have re-recorded ‘Blown Away’, and done it like maybe recorded the drums in like less than 30 seconds, which we did on that, and then probably get strings and make it into a real big pop epic tune. Which you could still do.

You often get asked about your brit-pop influences, but what other influences for you went into ‘Hill’s End’?

I think a big one for me is definitely going back to like Bruce Springsteen and Bob Dylan sort of song writing. There’s quite a folky aspect I guess to some of the songs, especially if you hear them without Tommy, if you heard me or Mason sing some of the songs originally. But all that brit-pop music was massive for me in my teens, not so much for Mason, he never listened to it and we didn’t know each other. He didn’t get into it until he met me and Tommy when we were about 22. He was more into bands like Sonic Youth and shit like that.

Do the brit-pop comparisons ever get to you?

It’s just a natural human thing to do, isn’t it? You do it with a fucking cup of coffee, when you wake up in the morning you compare it to what you’ve got back home or whatever. It’s just a normal human thing to do and it’s fine. It’s how human’s make sense of shit. I mean to be compared to the likes of Oasis, they’re one of the biggest bands in the world so it’s kinda cool. But there are deeper aspects to the music, I think if you know your music and you know lots of bands from the genre then you’ll be able to see the difference, or I like to think so anyway. It doesn’t irk me, at the same time no one’s ever picked a melody of ours and said it actually sounds like something else, which I find funny. Like you couldn’t pick one and say well ‘that’s this song’, I find that curious when it comes to the comparisons.

Are there thoughts of the second album already?

Yeah man, we’ve already started recording it. We’ve done like three tracks I think, we just finished two before we got over here and it’s going fucking great. It was pretty stressful for a couple of weeks, because we were just going to do it ourselves again, except we’re not in my bedroom now, we’ve got a proper studio. So the first couple of weeks, we went and did the drums else where because the gear they had at the studio, they didn’t have enough to make the drums sound like what we wanted. They’re quite warm, vintage sounding drums, almost like 70’s sounding drums. We recorded the drums with a producer called Kim Moyes, who’s in an electronic duo called The Presets, back home. So we’re doing the drums and what not with him, then we go back to the studio and do our rawkus guitar shit and then we meet up back with him and do the vocals together, because he’s from a more synth-electronic background. It’s a side of music we know a bit about but it’s not really our bag, and I think we’ve got a lot to learn. And we’re still learning what kind of band we are, but Immediately it’s gonna sound different to ‘Hill’s End’.