This eponymous debut has a delicate quality, bringing love songs and ambience together in one dreamy haze. The perfect backdrop to the intricate and confusing world of intimacy.

Starting as an experiment dorm room project that was originally recorded in a stairwell while front man Greg Gonzalez was studying at the University of Texas at El Paso, the band have combined  beautiful androgynous vocals and touching lyrics while still managing to sound completely idiosyncratic in comparison to peers.

The theme of sexual encounters is a continual theme throughout Cigarettes After Sex, but it’s delivered in a nonchalant manner that comes across so original. “Sweet” opens with the sumptuous line “Watching the video that you sent me/The one where you’re showering with wet hair dripping,” before developing into a song about the desire to touch a loved one’s skin through a screen. A late-album highlight, “Truly”’s chorus goes, “Truly, know that you really don’t need/To be in love to make love to me.”

The objects that Gonzalez desires are both achingly close and tantalisingly far away, either on his phone and or in his bed, on his couch and in his head. Through wallowing in its own mire and coming out the other side, Cigarettes After Sex becomes a tamed album where tempo, repetition, and muted composition construct an entire story that allows the listener to create their own personal story.

Gonzalez’s reverb laden vocals shimmer against melodic guitars and delicate percussion, with odes to lovers past, present and future. Everyone has had a ‘Kristen’ in their experience, and that’s what makes it album so captivating and enticing. They are more than just love songs, they’re intricate explorations of how we fall in and out of romances.

Father John Misty is THE complete entertainer. On Pure Comedy, the singer-songwriter questions the value of showbiz, capitalism, and the birth canal in a enervating crusade through the psyche of Josh Tillman.

This third album doesn’t stand out as anomaly in regards to sonic style and sound. Infact, Pure Comedy has incorporated aspects from 2015’s I Love You, Honeybear and 2012’s Fear Fun into 75 minutes of beauty and sarcasm. Straight from self titled track, Josh Tillman (Father Misty’s actual name) immerses the listener into a ballad that manoeuvres between the uncomfortable and elation.

Father John Misty almost feels like he belongs to a different era. Instead, the man is a modern prophet, consistently joining the dots in order to find the true meaning of life. Put it this way: the 13-minute, self-effacing acoustic epic Leaving LA feels too short. Who else but this cantankerous songwriter could manage that? 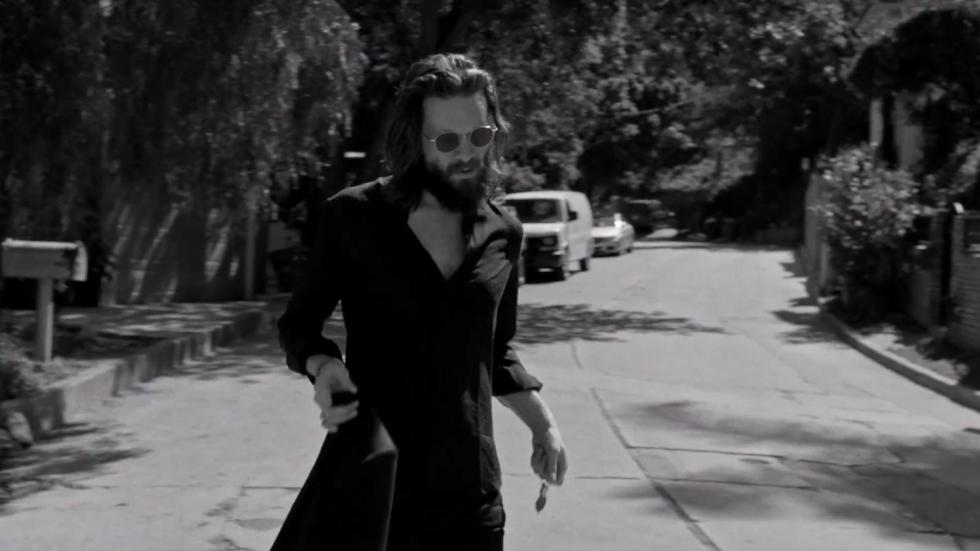 On his third effort, the antics that were once regularly associated of that with Mac DeMarco are completely muted in favour of a record filled with impeccable songwriting and emotive lyrical descriptions.

Canadian Mac Demarco boasts a catalogue of lazy and chill-out tunes that pivot around the same songwriting axis, latest release earlier in May shows signs of growth, progression and enhancement. Incorporating a reinvigorated approach, Demarco reaches a whole different level of nonchalance whilst incorporating a sincere degree of maturity and reflectiveness throughout the records 42 minutes.

The title track brings with it a confident, upbeat sense of swing, allowing for Demarco’s natural charisma and warmth shine through instantly. “Baby You’re Out” falls beautifully through its chord changes like a slinky falling down a staircase that manages to hit every fourth step. On a casual listen, Demarco seemingly relaxes and lets everything fall into place such is his manner, but this record demonstrates a persistent devotion to musical craft. Every melodic shift, key change and chord progression all are exactly where they should be.

British ‘shoe-gaze’ legends returned with their first album in 22 years, a incredible showcase of their incomparable ability at production, ambience and songwriting.

If ‘shoegaze’ is to have one defining band then it could very well be Slowdive. In sound and approach the group’s slim, magical catalogue has managed to outlive the initial and unfounded criticisms lodged against. In the meantime fuelling several generations of new Jazzmaster and reverb utilising groups.

However, this effort reveals what a band free of external pressure can do. The result isn’t the youthful buoyancy of their first full-length Just for a Day, nor the polished shot at success of Souvlaki. It’s the work of a band that has rediscovered themselves and recorded by choice, at their own pace. Slowdive doesn’t make it look easy. They make it look hard and intense. Creating music this standout always is.

5. KING GIZZARD & THE LIZARD WIZARD – MURDER OF THE UNIVERSE

Australia’s very own King Gizzard have become one of indie rock’s most unlikely and glorious stories of late. Their second album of 2017 pushes towards new levels of raucousness, bafflement  and ridiculousness.

Given that the band battled and toiled for six years and releasing seven albums before finding wider success, they’re taking the concept of “keeping the engine warm” to incredible extremes. King Gizzard had promised five new albums in 2017, of which Murder of the Universe was the second.

However, this record makes its predecessors sound like throwaway warm-up exercises. Structurally, it bears surface similarities to Nonagon Infinity, including callbacks to that and other Gizzard records. However, what differs, is that it breaks up the flow into three discrete sections. Just like Nonagon, Murder of the Universe’s punk momentum hurdles the band through interlocking sections as if they were characters levels in a video game. Sonically, the record veers into prog-jazz contortions, bluesy harmonica blowouts and synth-funk breakdowns. What is mightily impressive, is their ability to execute musical complexity at manic, warp-speed velocity.