Hit The North Festival is back for its second year! Last year the festival brought the likes of Slaves, Lethal Bizzle, Nothing But Thieves and the DMA’s to Tyneside, for a festival the likes of which the region hadn’t seen since the departure of Evolution Festival in 2013.

With Hit The North comes its sister festival, Meet The North. Meet The North looks to highlight some of the best up and coming bands in the country, as well as put a spotlight on the North East’s thriving local music scene.

The Meet The North kicks off at 2pm on 5th May across various venues, with Worcester hippy-indie outfit Peace, taking the headline spot. After scouring the extensive MTN line-up, we’ve put together a list of our favourite local artists that you MUST SEE at Meet The North 2018.

(in no particular order) 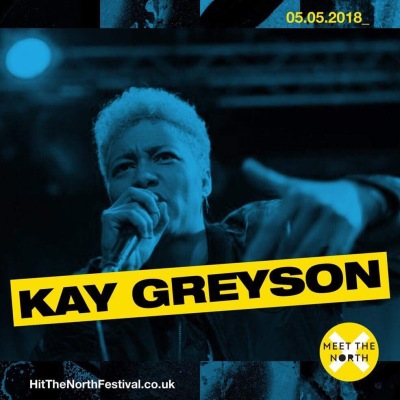 There’s no other way to describe Kay Greyson, she is undoubtedly a staple in the North East’s music scene. In 2017 Kay rose to the top as one of the most prolific hip-hop artists in the region, supporting the likes of N.W.A legend DJ Yella and headlining her own show at the O2 Academy. With a new album on the horizon, the sky’s the limit for this young MC.

It’s difficult to pin Sauvage’s sound down, one moment they can be dishing out some laid back, having a smoke in your bedroom, borderline psychedelic indie rock, then without warning they raise the tempo at a neck breaking speed with head bang worthy riffs. Either way, they’re a pleasure to listen to and are unquestionably one of the best bands in the region right now.

Duos are uncommon in hip-hop, but when NE-O and Castle come together on a stage you’ll not question it for a moment. The pair have only been active as a duo for a matter of months, but they’ve quickly gained a reputation for their pacey aggression-filled Geordie grime.

This MC is fast becoming one of the best and most respected in the region. Representing Sunderland, Listaa has been bubbling under the surface for a while, with 2018 shaping up to be his ‘break through’ year; he’s recently released ‘CALM’, a new full-length project filled with the rapid, infectiously accent driven flows he’s quickly becoming renowned for.

Geordie pop-punk four-piece Better Days had a hell of a 2017, touring the UK and rounding things off with a homecoming Christmas show at Riverside. These guys are fast rising to the top with their unique take on that classic American pop-punk sound.

Despite only being active for just over a year now, J Smirk has made his presence felt on the UK’s independent music scene. Last year, the actor turned hip-hop experimentalist managed to bag Radio 1 Xtra air-play as well as numerous gig and festival appearances across the country, earning himself a nomination for Best Unsigned Male in the 2017 Unsigned Music Awards. 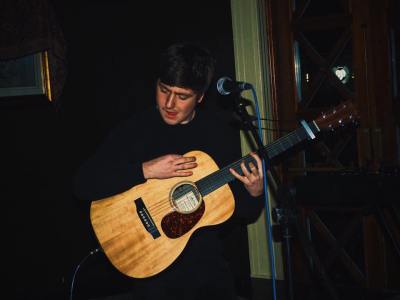 Hartlepool singer/songwriter Michael Gallagher is a one-man indie-band, he lights up the room effortlessly with just a guitar and some Noel Gallagher-esque vocals (No Relation). Gallagher released four tracks last year, including his debut EP ‘House Music’. Single “Deborah” stands out with its nostalgia inducing lyrics, mellow mood and catchy hook – “Oooooo Debooorahhhh”.

This Hackney born MC has been spitting bars across the North East for years now. Representing Sunderland, Reali-T is one of the North East’s most refined hip-hop artists, his style is comparable to that of the so-called ‘Golden Age’ of Hip-Hop – He has skill, he has humour, but most important of all, he has a message.

Find us on social media