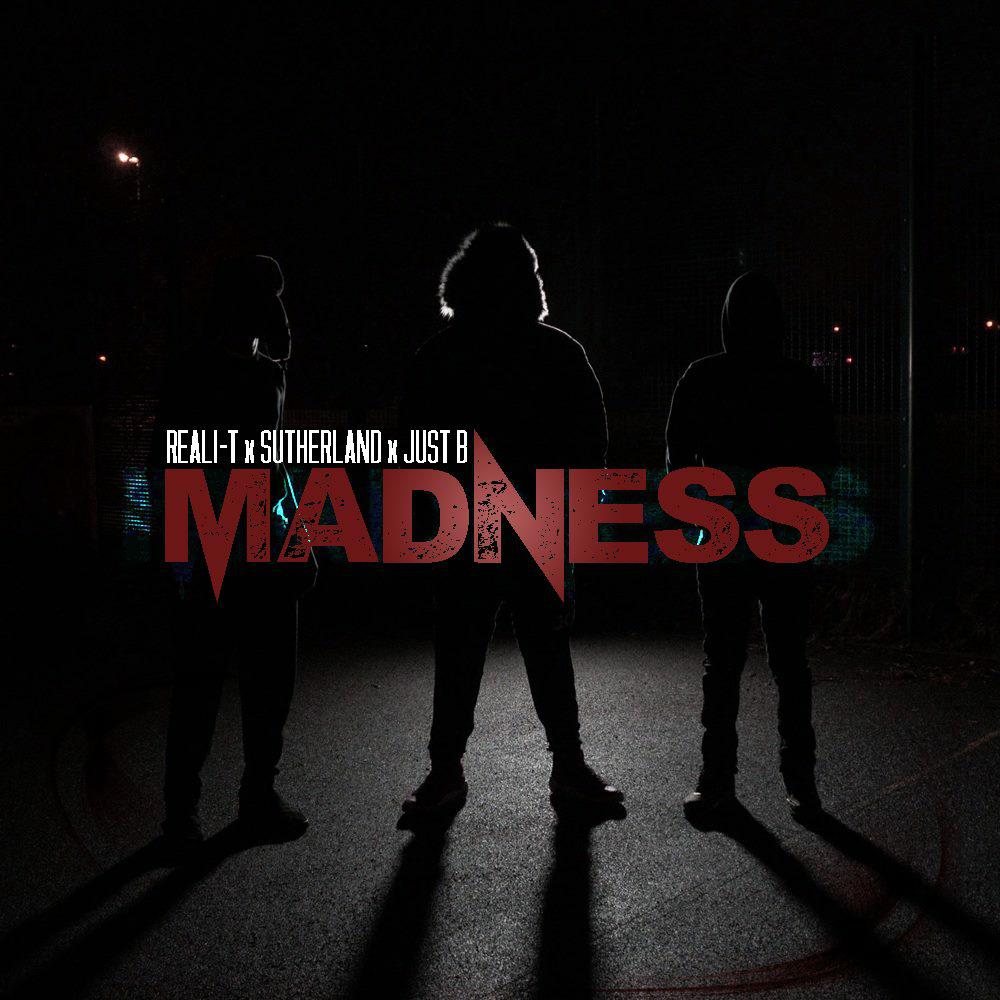 Reali-T, Sutherland and Just-B are three names that would no doubt come up in a North East ‘Top 10’ debate, so it goes without saying that their new collab track ‘Madness’ might just be one of the best tracks of 2018 so far. 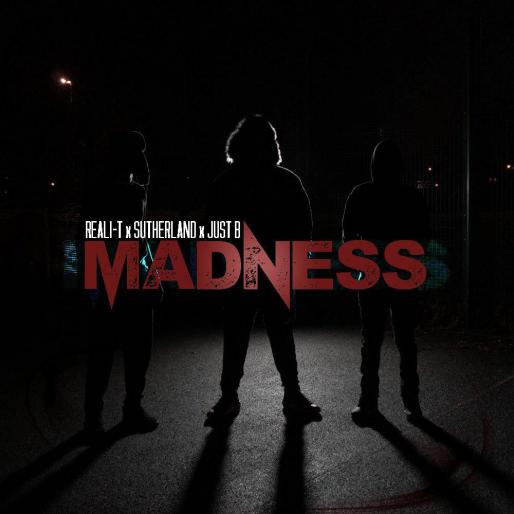 Reali-T seems to have gotten a taste for all-star collabs this April, with ‘Madness’ and ‘Sinister 6’ (Feat. Max Gavins, Rex Regis, Kay Greyson, 90BRO and Leddie MC) both dropping in the same week – so which has the better verse from your boy from Hackney? It’s hard to compare the two tracks; ‘Sinister 6’ is classic Reali-T: a smooth, measured flow filled with witty punchlines brining an ‘old school’ hip-hop vibe. However, ‘Madness’ shows an entirely different side to ‘T, as he comes with a melodic, almost singing flow on the hook and the verse. The ‘Stay Tuned’ rapper’s vocals really are the glue on this track, they gel the two harsher sounds of Sutherland and Just-B together by providing some catchy sing-along relief after reels of bars.

Sutherland’s does what he knows best on this track; his verse slides from gritty introspection to well timed comic punchlines with a surprising ease. Flow-wise, Sutherland’s style fits hand in glove with the boom-bap beat – in the current hip-hop climate beats regularly take priority over lyricism, but Sutherland flips that trend on it’s head, taking your attention right where it should be, to the artistry of his penmanship and slickness of his delivery.

Just-B’s verse injects the track with a shot of pure grime adrenaline, he starts in the pocket of the beat, matching Sutherland’s pace, before quickly stepping it up a gear flexing his lyrical muscles with a signature breathless flow. It’s easy to see why Just B is considered one of the top grime emcees in the region just from this verse.

Overall, this track brings everything you’d want from a top level collab – each artist adds something different to the track: Its got a catchy hook, its got bars and its got lung testing flows. Track of the year so far?

‘Madness’ is set to be released April 7th.