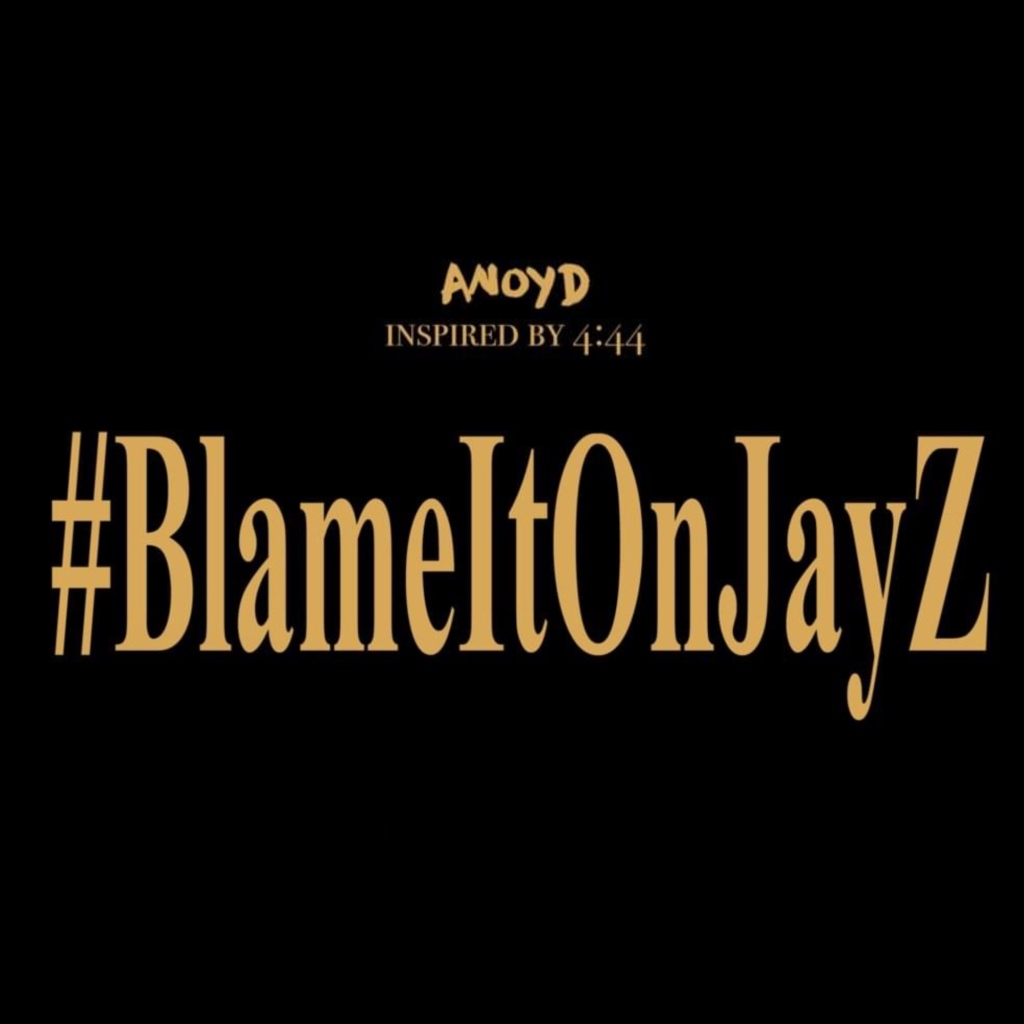 I first saw the title for ANoyd’s latest project ‘Blame it on Jay-Z’ and immediately got triggered, I assumed that this was another young Soundcloud rapper trying to tear down one of our best. I immediately grabbed my Roc Nation hat, poured myself a glass of D’usse and got ready to listen to this album and find every small imperfection. But to my surprise, ANyod isn’t what I assumed, he is in fact the opposite of most of his peers; he pays homage to Jay on this album, and while he still embraces a new sound, his foundations are built on the classics.

Kicking off the album is the title track “Blame it on Jay-Z”, this track is full of punchlines and has a nice flow to it. On this track, it seems ANoyd is trying to say that in a way that he was raised by Jay-Z; that he came up listening to him and this long exposure means Jay’s traits and influence has rubbed off on him, shaping certain parts of his personality. A couple of my favourite bars are; “Donald Trump skin pigmentation, I see impeach” and “Don’t congratulate me when there’s goals we ain’t reached” this is a line that I feel speaks to Anoyd’s character.

“Just A Fan” takes the mood down, a slow tempo song where Anoyd uses this moment to give his opinions on the current climate of the culture. Straight away Anoyd comes in with the hot take “I think future made it cool to be a drug addict” and from there he continues. While there are certain parts I disagree with on this track, I hear nothing but positivity – it’s obvious Anoyd cares about the culture and wants to see it continue to grow.

“My Joy” follows Anoyd explaining his relationship with his career: the good, the bad and the ugly kinda thing. I think when we see rappers and we think they’ve got everything in life, we can often be ignorant to the hurdles they face. ANoyd is able to give us a well-rounded view of this path; he talks about the messages he gets from people trying to diss him and tear him down, and the massive stress he feels to achieve success. But, as well as the negative, he does recognise the perks of being a rapper: “No ticket cause they was playin’ me in the squad car”.

“Advisory” features Oswin Benjamine and Mickey Factz – it’s FIRE. All three emcees kill their part, each section does its own thing and collectively it kills. Listening to this song through made me realise there are a lot of similarities between J Cole and ANoyd; both put a lot of work into their lyrics but their beats aren’t always top tier. Anoyd still manages to body tracks but I feel with harder beats it could take him to the next level.

“Alternate Breed” is ANoyd letting us further into his life and the decsions that he’s made, good and bad. He makes it clear it would have been easier for him to take the street route in life but instead he opted to become an “Alternate Bread” and make his own path to where he is now. The softer vocals on the hook “Thankful for the choices that I made” and its message feels like that of a gospel track. Anoyd goes on to list the things that are keeping him on this “AB” path: “A brother tellin’ me that I helped him escape cancer”.

“Again” is probably the best beat section on the whole track, it’s a vibe. The track has a drowsy bounce to it. With the organs in this track it really feels like a gospel rap track, ANoyd seems to talk about his relationship with god and the fact that he was given a second chance by God and he isn’t going to waste it.

For people like Anoyd I feel it’s hard for me to explain what makes his music so great, because to me its so obvious, I would suggest that you just go listen to his music so you can understand what I mean.