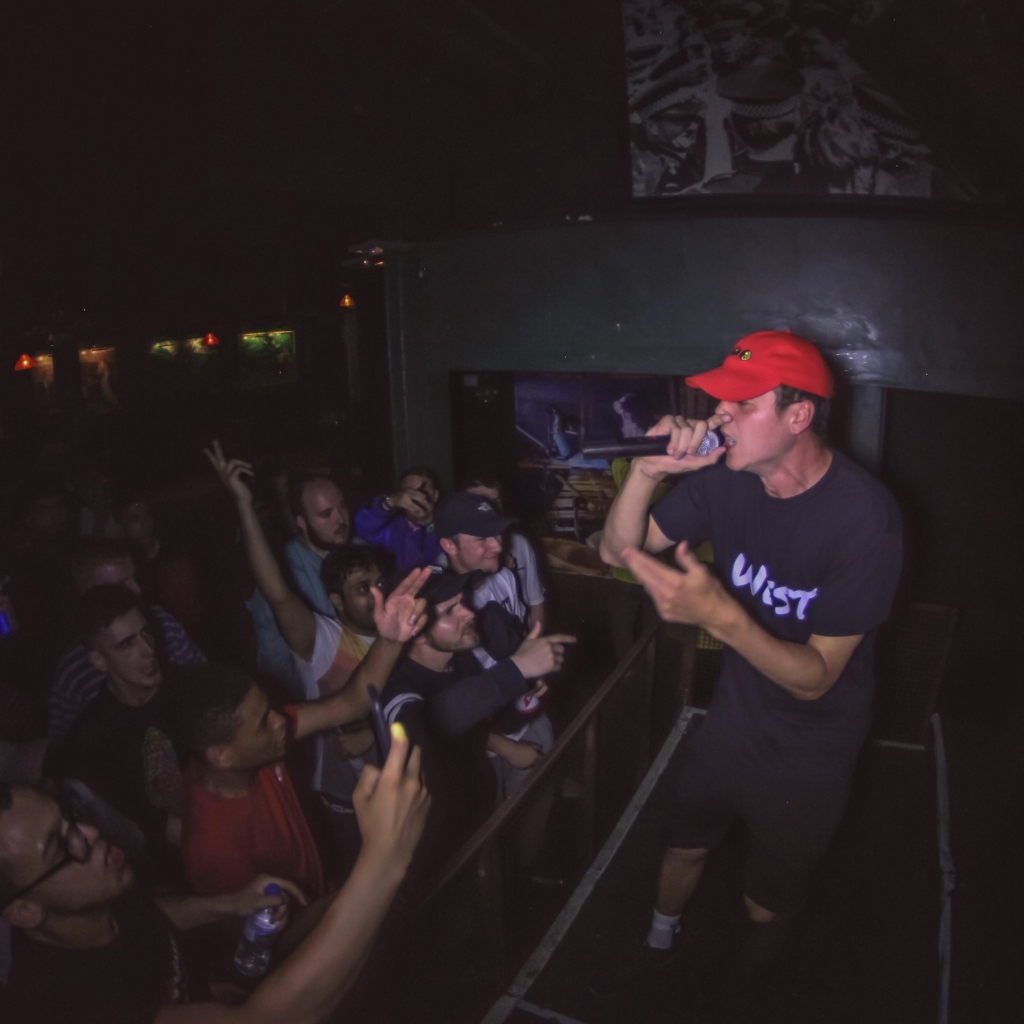 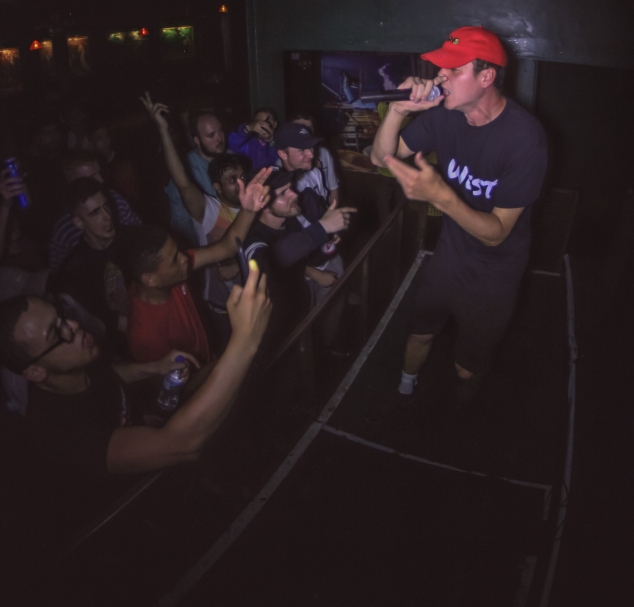 After an hour of heavy beats and sharp mixing, courtesy of Wreck-R, Suli and Cyro, gave the modest crowd a taste for some high energy grime, local duo NE Dons took to the stage with the intention of blowing the roof off WHQ. However, due to some technical difficulties concerning mic feedback, NE-O and Castle’s set got off to a slow start, but that would fast change. The pair powered through, fully grabbing the attention of the crowd with their catchy new single “NANG”.

Still sensing that more could be done to hype up the crowd, NE Dons jumped the barrier halfway through their set, taking things up to top gear with an Eskimo inspired back to back bar fest over some classic grime beats. Five minutes in and WHQ was at fever pitch, the pair were surrounded by a small army of people screw facing and putting gun fingers in the air. The adrenaline fuelled energy inspired by NE Dons’ intimate performance was immense, their set was without doubt a highlight of the night.

Next up to the stage were Teesside heavyweights TGF. The collective has gone through a bit of a brand change recently, previously going by Tees Grime Fam and now calling themselves Tees God Fathers, due to the fact the label “grime” felt too restrictive. Among those on stage, Blitz, Eyeconic and Naz stood out; they each brought their own unique style to the set, meaning the boys never lost the attention of the crowd for a second. Eyeconic’s anthemic “Spit One Lyric” predictably sent the crowd into frenzy, with the entire room screaming his hook back at him by the second wheel-up – will this song ever get old? TGF rounded off the set with a new track, “Man like Blitz”; with its infectious call-back evoking chorus, this track has the potential to be as iconic (pun intended) as “Spit One Lyric”.

Finally, it was time for the man of the night, Leicester’s grime prodigy, Kamakaze to shell down WHQ. Kam more than delivered, pulling out the biggest hitters from his already impressive back catalogue; “Coldeine” and “Year of the Kamdog” stood out as highlights of the eclectic set. The hard truth is that Kamakaze’s performance deserved a bigger audience, but in the North East it’s always an uphill struggle to get bodies along to grime/hip-hop shows. However, the more gigs of this quality that we have on in this region, the bigger the scene will become – big up Asylum Events for putting together an incredible show.