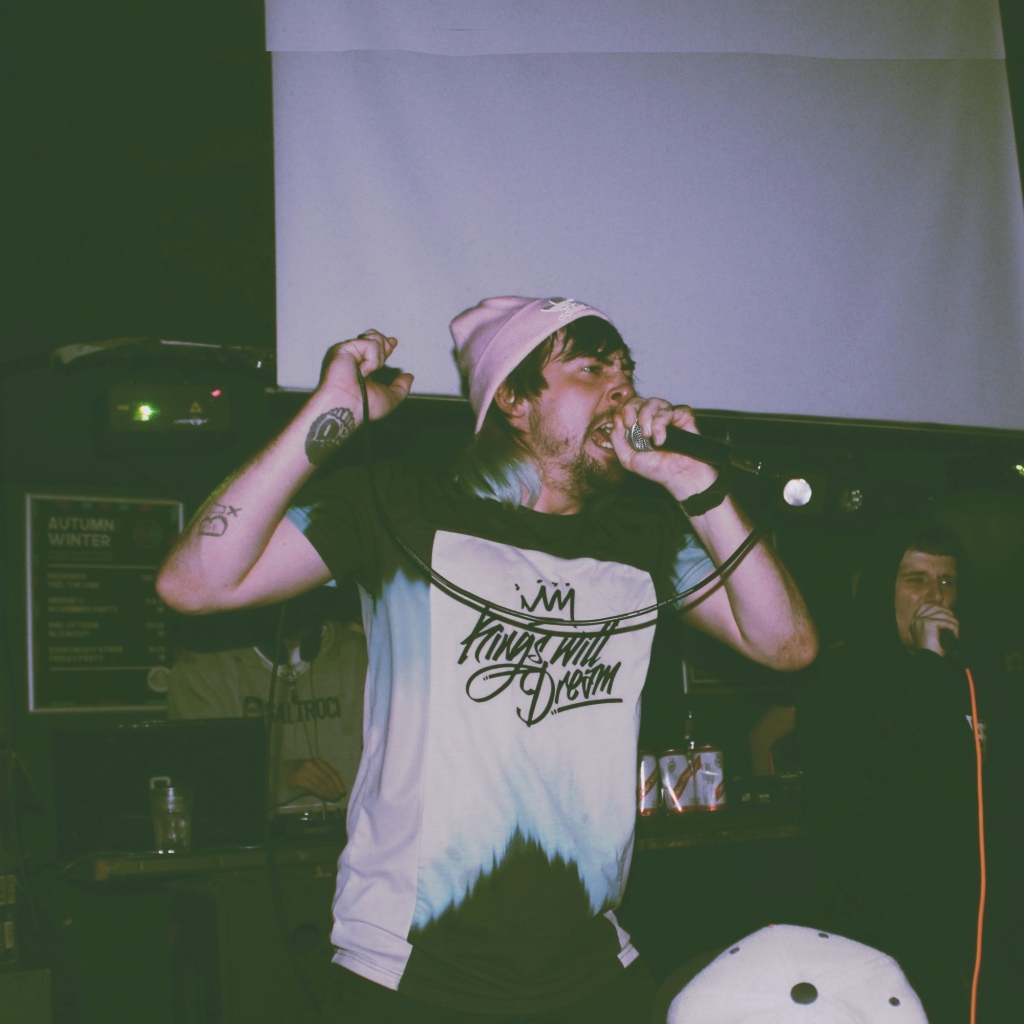 ‘The Return Of Static’ show last Thursday at World Headquarters, Newcastle had a few comeback teething problems; sound system issues, lighting issues and, worst of all, artist dropouts. When these things happen you need the artists that have turned up to persevere and keep the show rolling; props to Ryza, Smooth Jezza, BEN and Just B – they did just that. But, H-Man, he went above and beyond to make sure the crowd got their money’s worth, leaving his all on stage with three passion filled sets.

H’s first set was an impromptu one due to an act dropping out. Rather than let the energy die after Ryza’s well-received opening performance, H-Man and Smooth Jezza took to the stage to quench the crowd’s thirst for some more live music. For those that weren’t in the know, despite it being off the cuff, H and Smooth’s performance felt as good as planned. Already working closely within newly formed supergroup VampHigher Life and on their upcoming joint mixtape ‘Rough With The Smooth’, H and Smooth had great chemistry on stage as they seemingly saved the event from disaster.

H and Smooth’s second set of the night came only 15 minutes later as two-thirds of VampHigher Life, along with outspoken North East rapper BEN (Smooth’s This Be The Click partner Dubz is also a part of VL, but couldn’t make it on the night). The threesome’s set was very stop/start due to mics not working or the beat playback just not ‘sounding right’ – it wasn’t VL’s finest hour, but that was no fault of their own.

At this point H-Man might as well of pitched a tent on the stage; he was up again in another 15 minutes for his headline as one half of legendary duo HB, with Just B. At this point H was understandably feeling a bit fatigued, “someone get me a drink man!” he called out after thundering through some brand new tracks from HB’s new album ‘Overcast’, as well as some certified classics that earned HB their infamous reputation, most notably “Stay Freezing”.

However, nothing on the night compared to HB’s performance of their closing track “Dead Mates”. The emotion on show throughout the track was palpable. With the final line time seemed to stand still for a moment, as everyone in the venue fixed their eyes on H-Man. “When I die I wanna see al of my best mates, carrying my body when I’m dead weight / difference between heaven and hell’s gates, still feel the spirit of me dead mates,” H-Man screamed with his last ounce of energy, staring into the sky, his face going bright red, turning away from the crowd as his emotions got the better of him – it was truly a special moment.

Words and Photos by Johnathan Ramsay