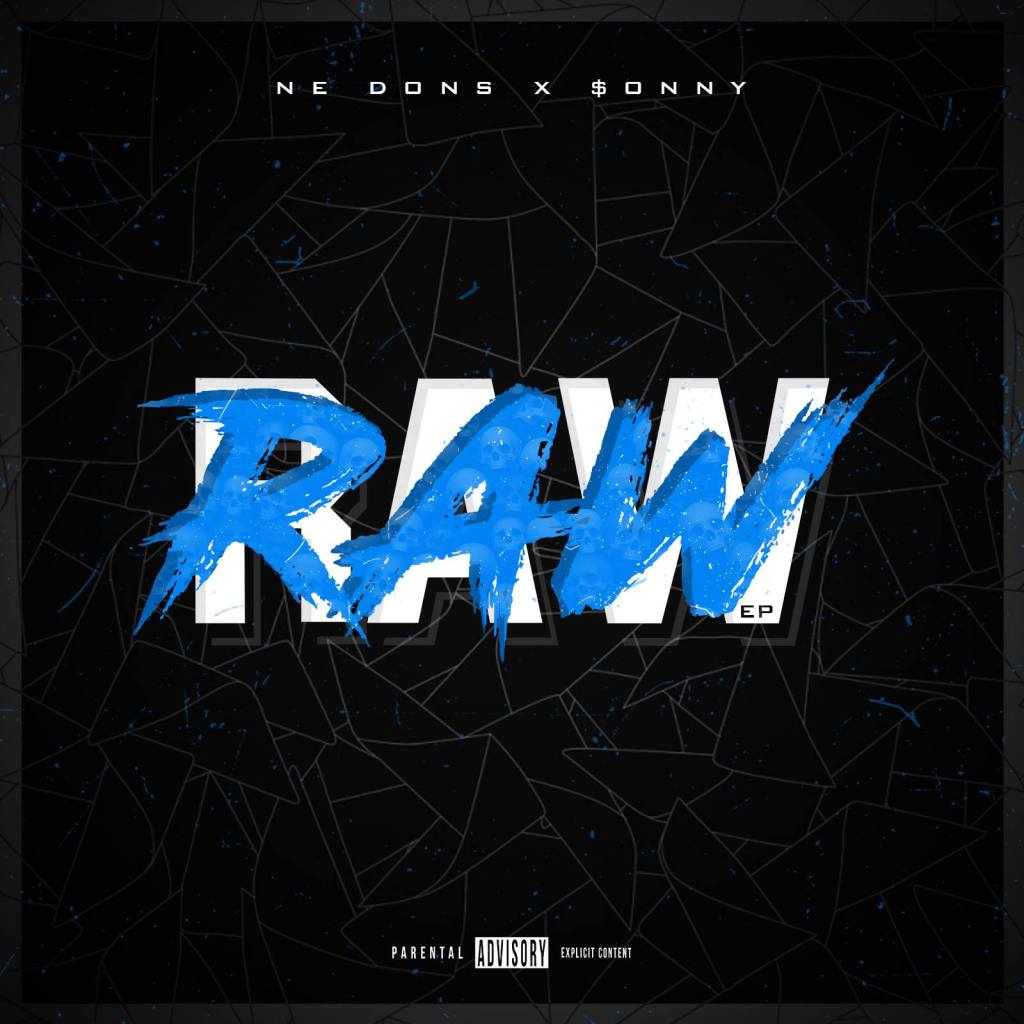 Geordie grime duo NE Dons are back with their sophomore EP ‘RAW’. The four-track project, created in collaboration with producer $.O.N.N.Y, is the follow up to their well-received debut EP ‘NANG’.

Even after first listen it’s obvious that ‘RAW’ marks a checkpoint in the Dons’ evolution. They’ve matured as artists, knowing how far they can push their flows without leaving themselves breathless and compromising the slickness of the track. Where ‘NANG’ was stuffed with features and lengthier tracks, ‘RAW’ trims the fat with four of the best tracks the lads have ever dropped. Just NE-O and Castle’s killer flows orchestrated by $.O.N.N.Y’s cavernous beats.

The way they attack the beats and strive to cut deep with their flows in such an animalistic fashion always makes for an exciting listen. It’s grime without any bullshit.

When I last interviewed NE Dons for NARC. Magazine prior to the release of ‘RAW’, they told me how much of a positive impact $.O.N.N.Y has had on bringing their sound to the next level. “About December time I was feeling proper unmotivated, thinking ‘am I getting any better?’, then we did Everybody Knows and I was like ‘we are fucking sick!’” NE-O told me. “A massive difference between this EP and NANG is the continuity of the production as well. It’s all been produced, mixed and mastered by $onny – we owe a lot to him for the quality of this project.”

“Greeze” is without a doubt my favourite track of the four. Castle comes in with the hardest verse he’s ever dropped, including this hilarious stutter flow section and Sub-Zero from Mortal Kombat impression – unreal. NE-O follows up with bars just as cold, he’s not in a joking mood though, claiming to be the “North East saviour” with well-earned confidence. In that same verse NE-O steals the bar of the project award with “Take-over, scene invader, Geordies can’t spit stigma breaker, been spitting since mam went labour.”

‘RAW’ feels like an apt title not only for this project but for the Dons’ style in general. Despite being more polished and well produced on this EP, the lads still have an undeniably raw style that seems to come naturally to them. The way they attack the beats and strive to cut deep with their flows in such an animalistic fashion always makes for an exciting listen. It’s grime without any bullshit.

With both the ‘NANG’ and ‘RAW’ EPs under their belts, NE Dons now have a formidable back catalogue of work behind them that could really allow them to push on and make some headway further afield. They’ve always had a natural talent, but now they’ve refined it and they’re armed with a song sheet filled with bangers.

“RAW” is available on all good streaming platforms now