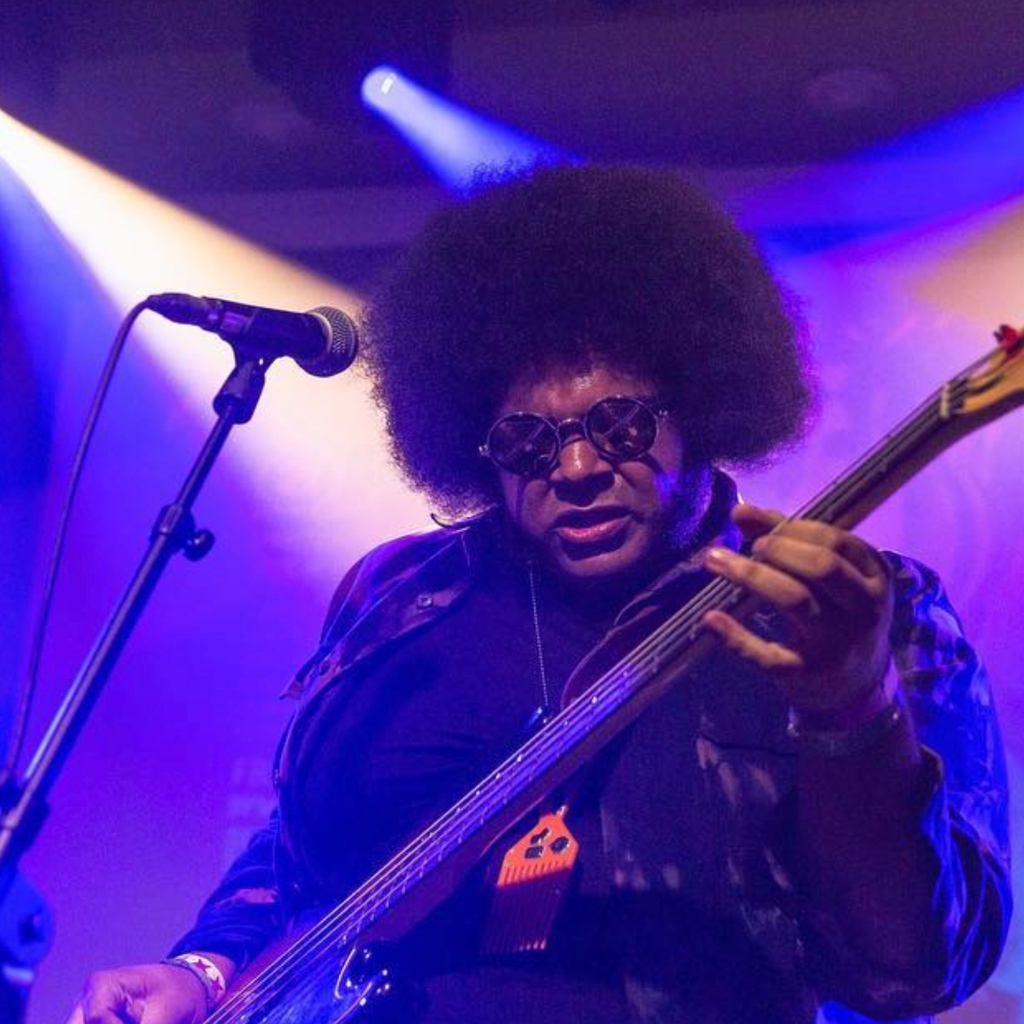 An aficionado of hip-hop, rap, funk, indie and everything in between, Middlesbrough’s own Dylan Cartlidge is quickly becoming the pride of his hometown. After appearing on BBC Two’s short docuseries ‘The Mighty Redcar’, the ex-Wetherspoons employee’s music career started getting some much deserved national attention. Since then, Dylan has gone on to sign a publishing deal with Universal Music, release a stellar EP in ‘Monsters Under The Bed’, and began to make his name on the UK festival circuit. We sat down with Dylan before his performance at This Is Tomorrow festival, a day after the musician experienced a career-defining moment as Boro hosted Radio 1’s Big Weekend and thousands turned up to see their local hero play.

You’ve had quite a busy festival schedule lately, Hit The North, This Is Tomorrow and obviously that massive crowd you had at Big Weekend in Boro – how was that experience?

It was surreal, it was kinda like playing in my hometown – what I consider to be my hometown – just the whole town came together, it was a moment for the area and it was great to be a part of that.

Do you get recognised in the street nowadays in Boro?

More than I did before! Man, it’s weird, but I guess it’s nice to see people positive about what’s going on in the area.

Has life changed much for you since the release of your ‘Monsters Under The Bed’ EP?

It’s been cool, it’s been good because I feel like because of the type of artist I am, because the lines blur with genre, it’s not the easiest thing to digest, not the easiest thing to know what box to put it into, and so I think the more stuff I have out there the more of a picture it paints. This body of work, the EP, is just the perfect next step for me in terms of what I want to put myself out as, the music I want to make and bits of the puzzle. So, it was an amazing time to release it and the response has been really positive.

When writing articles about you people tend to label you a ‘rapper’, do you still see yourself as a rapper?

Yeah, 100%, first and foremost a rapper, MC, lyricist and then you know, bootleg, BTEC singer, bass player and everything else.

You’re just about to hit the stage at This Is Tomorrow 2019, how do you get prepped for a festival performance?

I think I just go through a phase of enjoying the day, the closer it gets its like Doomsday countdown down to the set, I get really nervous and get myself ready and practice a little bit, then play. So, I just kinda ground myself, focus. The nerves don’t go away on stage but I try to use them, steer ’em in the right direction.

What’s next for Dylan Cartlidge, what’s your plans for the rest of 2019?

I’ve got some festivals coming up, I’m playing my first ever show in Germany at a festival, I’m also playing some festivals that I can’t announce yet but it’s pretty mad, hopefully I’ll be announcing those soon. But mostly I’ll be recording, the odd show, the odd festival, but the main aim is now to buck down and really get stuck into recording, you know working on that next body of work and aiming towards an album.

In terms of working on music in the studio and playing your songs live, do you prefer one experience over the other?

It’s all the same to me, just an extension of what I’m trying to express. Each have pros and cons on like a personal level to which I prefer, but I think that they all boil down to just the expression of the art I’m trying to make. I enjoy them equally because I know they’re all sums of one part.

Finally, what’s the most surreal moment in your career been so far, a time where you just couldn’t believe what was happening?

SXSW was pretty much like that, but also yesterday at Radio 1’s Big Weekend; I’ve never experienced anything like that in my life. It was truly something to savour, something for the grandchildren!