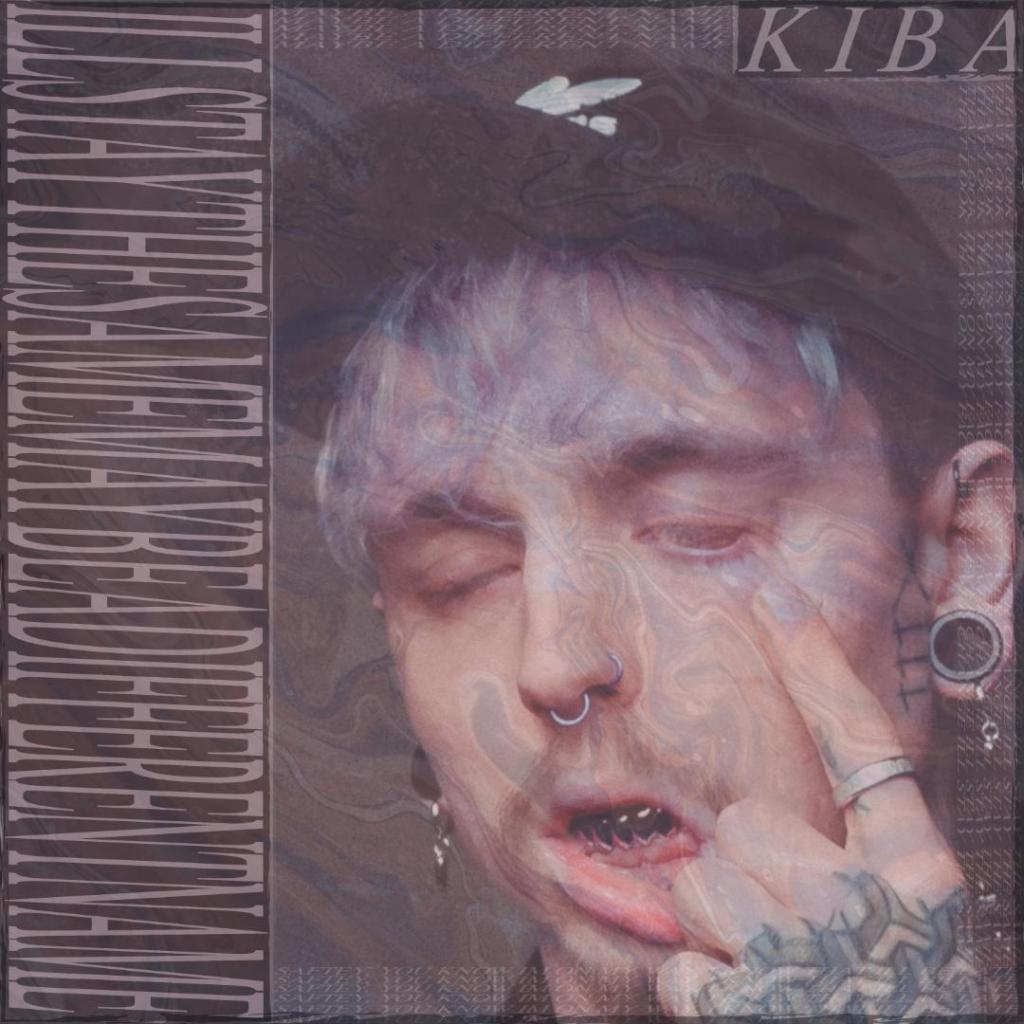 With a name change comes a style change, “Illstaythesame” is the debut solo single from Newcastle artist KIBA, formally known as Lxngcat, from Roninclan and HOLLOWVOID. KIBA, real name Leyum Pattinson, takes a much more emo direction, in both vocals and production, than any of Pattinson’s other musical projects. It’s clear on “Illstaythesame” that KIBA has some real vocal ability; his delivery is crisp and measured, with some classic emotive background screams that really make this track something special.

What inspired the change of name and sound with KIBA?

So I changed my name because I felt I’d matured as an artist and LxngCat didn’t fit with what I was aiming for anymore. I needed something more commercial I guess. My newer style is something I believe can hit a wider market. LxngCat just didn’t feel like the right name. I couldn’t picture it on say, music videos on tv (aiming high boy) or in charts or even said on the radio. I sat for at least a year trying to come up with an alternative. K I B A hit me one day. My favourite character growing up, I got so into Naruto growing up. And at the time I had a dog named Gyro. He was my best mate. And in my own little world, I was KIBA and he was Akamaru. So I went with KIBA. It has a special meaning to me I guess. More than just a character.

Had you always known you had a decent singing voice?

As for my singing voice, I kinda tried to sing a lot growing up but to be honest I was too afraid to sing in front of anyone. The only time I sang in front of anyone properly was my primary school leavers, I sang “walking away” by Craig David along with other people in my year (I got a whole fucking verse tho) other than that I never sang in front of anyone. Apart from horrible gutturals and other vocals of that nature. If you count that as singing. I remember showing Jak some of the songs I’d been working on and he was all for me pursuing it and he backed me and bigged me up all the way. That’s why I started including songs in Ronin sets and NRTHGODS sets. K I B A kinda stemmed from that.

How would you describe the music you’re making as KIBA?

Honestly, I don’t know. I know there’s a lot of this kinda stuff going around, like Corbin and nothing,nowhere. Who I’m heavily inspired by. But I feel this is somewhat different. I’m trying to take what inspired me most in music and that is old emo bands like Bless The Fall, Alexisonfire, Paramore and that and blend it in with this “emo trap” thing or whatever it’s classed as. I can’t put it in a genre because I have a mix of different styles with different songs. I create based on my emotion.

Do you find this style easier to do than the sort of Roninclan, more metal + rap side of things?

I actually find this harder at times. I always struggled coming up with melodies, as I’d only ever sang to other people’s songs. Both are just as fun and challenging. That’s why I love it I guess.

Will focusing more on this emo, slower style affect the way you approach recording with your other projects, like NRTHGODS and HOLLOWVOID?

I’m not sure. I think it has. There’s a song that’s not out yet that we did with the boys down South that I rap and sing on, so they blend together well in my opinion. I think pursuing this other side of music has improved my abilities to create different sounds. Wait till you hear the stuff we’ve got with HOLLOWVOID. It’s all of our talents smashed into one. So yeah to answer the question I think it has affected the way I approach my other projects.

My plan next is to just keep releasing. Keep creating. I have music videos lined up, given the current circumstances, I can’t really do anything like that at the minute. Obviously, I’m tryna push this as far as I can. The first release is kinda just dipping my toes in haha. I’ve got some bigger tracks coming that I want to push into more commercial areas. Other than that me and the boys have some plans and are in talks with certain people in the industry that will hopefully benefit not just HOLLOWVOID but me and the other boys as a solo artist.