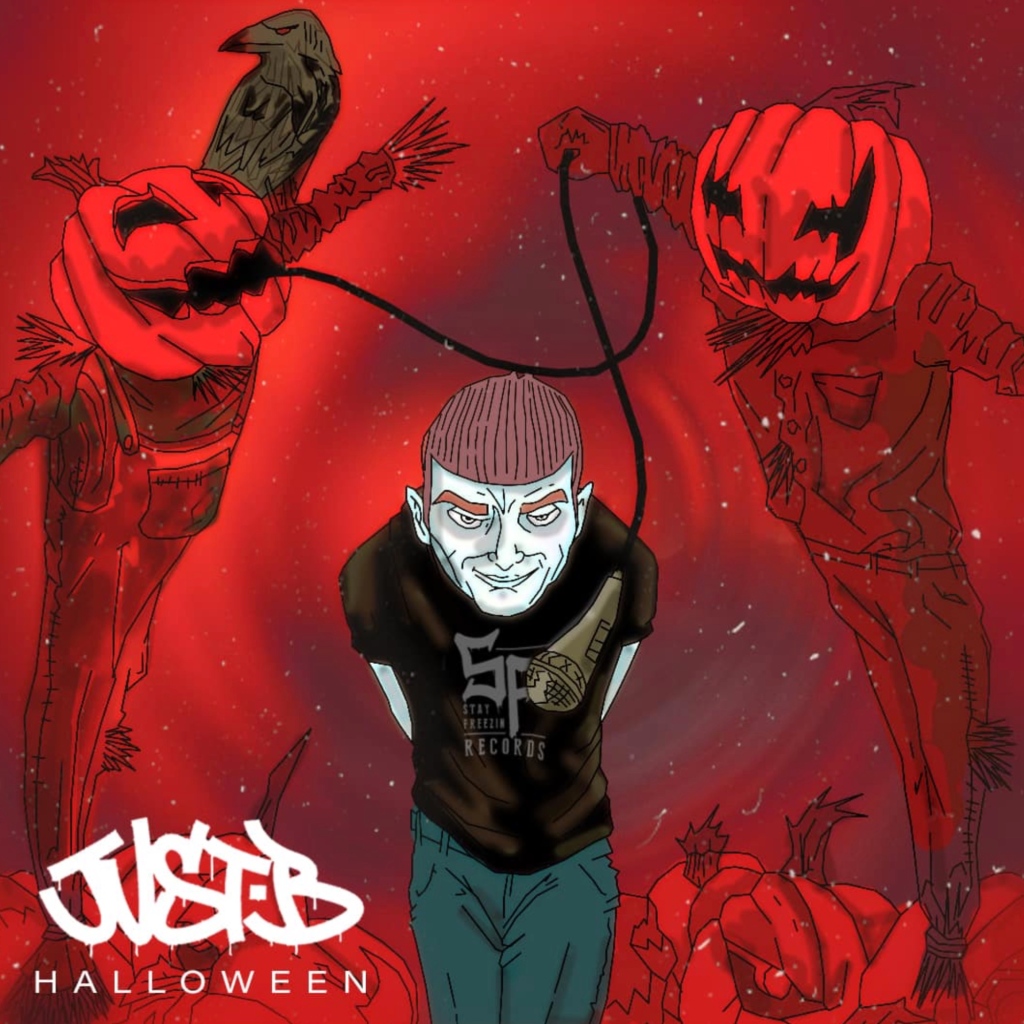 Originally released as a freestyle video back in June 2018, that’s clocked up 75K+ views and counting on Facebook, “Halloween” sees Just B at his free-flowing best. The OG freestyle caught so much heat that this long-awaited studio version was needed to solidify this absolute banger and give it a proper release.

The North East’s hip-hop and grime scene is, lets face it, still an unlikey underground phenomenon.  It suffers from fickle artists that give up as fast as they start, dip their toe in and quickly decide it’s too much effort trying to get noticed coming from this region. Just B is one of the golden few that’s kept grafting constantly, impressively keeping himself relevent despite the number of new acts competing for the region’s spotlight. Just B’s ability and raw talent makes him impossible to ignore, “Halloween” is yet another example of B’s formidible raw talent. The haunting 90’s techno inspired beat, crafted by Naughty40, provides the perfect canvas for B to unleash his artisticlly technical flow.

In the fickle North East hip-hop and grime scene Just B is one of the few artists that consistently delivers, “Halloween” is no exception.