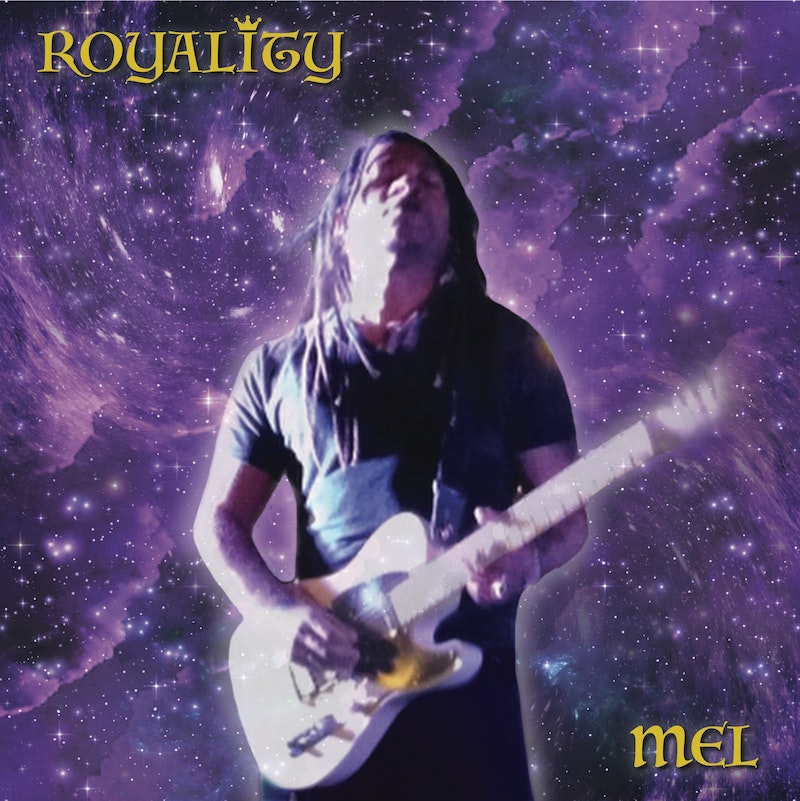 A legend of the Southern Californian music scene, guitar aficionado Mel Booker is back with a brand new short and sweet EP, the four track instrumental masterpiece that is Royality.

Active in the music scene since the late 1980s, Mel Booker is a name associated with bountiful blues, funk and rock riffs that drip with energy and charisma.

Mel currently spends most of his days teaching guitar at his Mel Booker Music school, giving back to his community through the gift of music! However, Mel has still found the time to craft his own sonic soundscapes and we’re mighty glad that he has.

Each track is bursting with that classic Mel Booker personality; they all transport you to a world of indisputable cool. Effortless machismo and cold as ice chords are the name of the game from start to finish on this EP.

Out of these four gems our personal favourite has to be Prince Nelson, Booker’s very own tribute to the legend that is Prince. Mixing rock and funk in groovy harmony, this is a track you can vibe the night away too. Like the rest of this EP, it’s absolute sonic bliss.

Mel Booker proves on his new EP Royality that he’s still one of the funkiest men in the world of guitar music today. He paints sonic soundscapes that you can’t help but get lost in. If you want to go on an adventure of groove, Mel Booker is your man!